But in 2020, the holiday season message from the Rock and Roll Hall of Famer is a little different: This Christmas, baby please stay home.

Love’s streaming spectacular “Love for the Holidays,” filmed in November at Sony Hall in New York City, arrives Dec. 5 (8 p.m. ET) via ShowClix. Proceeds support theaters and arts institutions across the nation, which are struggling amid the COVID-19 pandemic.

“I know how important it is for my fans to see me at this time of the year,” Love says. “I mean, I’ve been doing this now for over 20 years. I’ve worked from like the end of October to the first of January. It’s just go, go, go, go, go. And they’re so used to seeing me during this time of the year that it’s funny. They’ll say, ‘We can’t wait to see you. We have our tickets. We’ll be in the front row.’

‘We need some joy’: Dolly Parton on her holiday movie musical, ‘Christmas on the Square’

Streaming holiday films: 10 must-see new movies to stream while stuck at home, from ‘Mank’ to ‘Soul’ 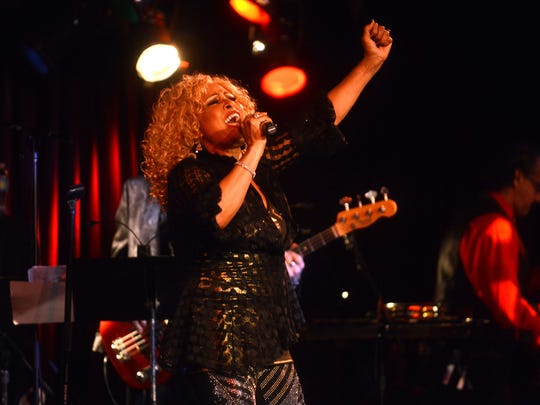 “And I think about all of that – what my fans do to get ready to see me during this time of the year – and then I said, ‘Wow, you guys. We can’t do this year. We can’t travel. We can’t go anywhere.’ ”

So instead of hitting the road, Love and her band will be virtually visiting with fans in the comfort of their own homes for a show that will be available on demand through Christmas Day.

Fellow Rock and Roll Hall of Famer Little Steven Van Zandt of the E Street Band – a longtime friend and collaborator of Love’s – supported the decision to take Love’s annual show to streaming for 2020.

‘The Christmas Chronicles 2’: Kurt Russell, Goldie Hawn celebrate a new grandbaby with a ‘great’ due date 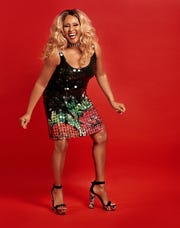 “It’s nice for the audience to have some consistency and some form of celebration because there’s not going to be much. There’s really not going to be much and there shouldn’t be much, I should hasten to add,” Van Zandt says. “So whether you’re home alone or gathering with some friends from safe distances wearing your masks – which I hope everybody would do – she’ll bring a little bit of that Christmas spirit into the house.”

Love, who lives in New York while her family is in California, says she’ll be spending the holidays with them virtually because of the ongoing COVID-19 pandemic.

“It just breaks my heart that people won’t wear their masks,” Love says. “We’re doing this for a reason, so we can get past this.” 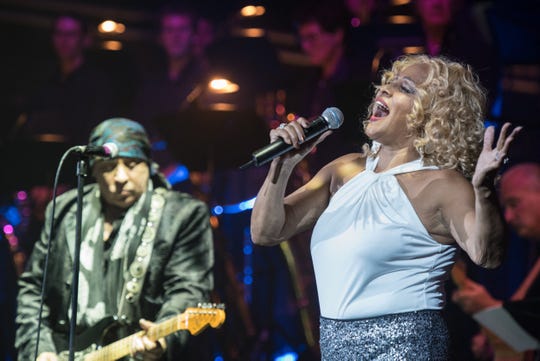 Love’s signature seasonal songs, the 1963 gem “Christmas (Baby Please Come Home),” originally released on the classic “A Christmas Gift for You From Phil Spector,” and 1992’s “All Alone on Christmas,” written and produced by Van Zandt and featuring members of the E Street Band, are unified by their heartening approach to the loneliness so many feel around the holidays.

This has been a particularly lonely year as the pandemic has distanced us all from loved ones, something Darlene said she had in mind while filming “Love for the Holidays.”

“Hopefully I got it across that nobody has to be alone at Christmas,” says Love. “There is something we can all do – Zoom and FaceTime, that’s the only way right now we can stay in touch with one another. Everyone wants to be together.”

“I tell you, Christmas has really been good to me,” Love says. “Now they’re putting me in Christmas movies.”

Kurt Russell, who stars in the film as Santa Claus, duets with Love on “The Spirit of Christmas,” a rousing Van Zandt original.

Van Zandt and his band, the Disciples of Soul, appeared in the first “Christmas Chronicles” film in 2018, and this time around he was enlisted by director Chris Columbus to write an original song for the sequel.

“And he says, ‘I’m not even going to guess which girl you want to use. I’ve got a feeling I know who you want to use and I might feel the same way,’ so I called Darlene,” Van Zandt says.

Love is no stranger to seasonally appropriate movies, having co-starred as Danny Glover’s wife in the 1987 action classic “Lethal Weapon.” 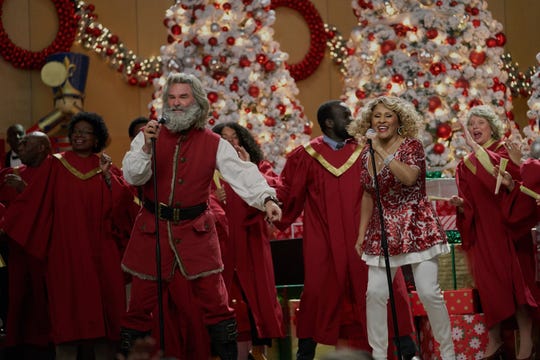 Love recalls that Russell was initially apprehensive about singing with the rock and pop legend.

“She brings out the best in me and everybody who works with her,” Van Zandt says. “And that was case where not only are you writing for the greatest singer in the world, but you’re writing in a genre that is embedded in the worldwide consciousness, so you’re competing with ‘Jingle Bells’ and ‘Joy to the World’ and ‘Deck the Halls,’ you know? You’re not just competing with regular songs. These are things that have been around for a long time.”

The 21st century has brought many positive things to the...