Architecture school is a place of experiment and a testing ground for innovative ideas. The academic work and student projects can bring to light the focus of an entire career, shape the backbone for an architectural theory, and crystalize values. How do their studies and formative years reflect on the later work of different architects? Taking a journey along decades, we explore the transition from architecture school to practice, the reverberance of academic explorations and early projects in the work of several architects and practices, highlighting the different pivotal steps that have shaped the beginning of their architectural journey. 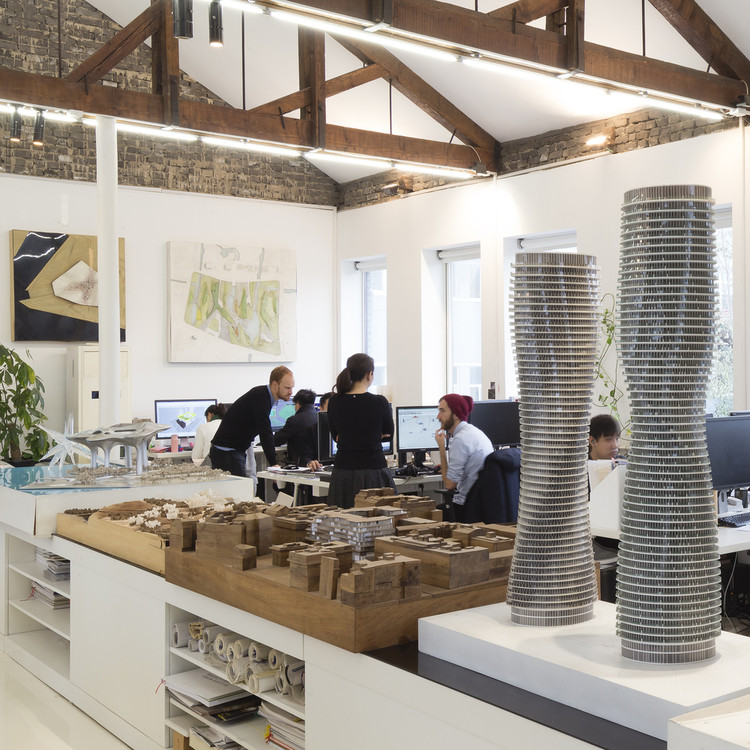 Throughout different decades, particular socio-economic environments shaped the opportunities available to young architects. As Natalie de Vries stated: “It’s much harder for young architects starting now because of the current economic conditions. They have to think much more about their business models – we could just dive in and start making things.” Some architects of the last century found themselves in the privileged position of having notable commissions in their early careers, as is the case of Alison and Peter Smithson who were in their twenties when they took up the commission for the Hunstanton School in Norfolk. On the other hand, it took more than a decade since graduation for Zaha Hadid to have one of her designs built. It is hard to tell if contemporary media and the proliferation of the means for disseminating good architecture and innovative projects empower young architects, getting them a step closer to commissions. Nonetheless, the academic preoccupations of architecture students illustrate the ethos of the particular moment and place, underlining distinct approaches to architecture, and it is worth exploring how various architects from different decades have pursued their student architectural interests after graduation.

Charles Correa’s 1955 Master Thesis at MIT strikes as an example of academic interest pursued across an entire career. The project explored the concept of participatory processes at the neighborhood level and put forward a framework for improving urban conditions in a bottom-up approach. This scale and design thinking remained an important part of his life as a practitioner, and a decade later, in 1964, Correa published an alternative plan for Mumbai’s future growth. The vision was accepted by the government in 1970 and became known as Navi Mumbai, with Correa as the chief architect of the new development plan. Throughout his career, Correa was a fervent activist for the improvement of housing and urban life in cities. Moreover, he founded the Charles Correa Foundation, to support architectural, urban design, and community-based projects that improve the human settlements in India.

The period around and following 1968 with its socio-political changes sweeping through the Western world also reshaped the architecture practice and opened up an entirely new array of ideas for young architects to explore. In 1972, Rem Koolhaas graduated from AA and published Exodus, or The Voluntary Prisoners of Architecture, the first design of the group that would go on to found OMA, that is Elia Zenghelis, Madelon Vriesendorp, and Zoe Zenghelis. The project is indicative of the extent to which OMA would produce text and images, in addition to architectural space. During his time as a student, Koolhaas got acquainted with Mathias Ungers and the work of the Russian Constructivist architect Ivan Leonidov, which would play a significant influence on his architecture later on. The office was formally founded in 1975, and in 1978, only five years after graduating, Rem Koolhaas published what in many ways can be considered a leading book, Delirious New York: A Retroactive Manifesto of Manhattan. That same year, the design for the Dutch Parliament extension, although not realized, marks the end of the paper-architecture practice for OMA.

Looking at the emerging architecture practices of the 2000s, Ma Yansong comes to mind, now one of the leading figures of Chinese architecture. He began his studies at the Beijing Institute of Civil Engineering and Architecture, later completing his Master’s degree at Yale University, and first gained recognition for his 2002 project, “Floating Islands.” Zaha Hadid was his mentor and thesis advisor during his time at Yale, and after graduating in 2001, he went on to work at Zaha Hadid Architects, until 2004, when Ma founded MAD Architects. In 2006, he won the Architectural League of New York’s Young Architects Award. That same year, MAD designed their breakthrough building, the Absolute Towers.

Reaching recent years, some young designers have taken it upon themselves to push forward a paradigm shift with regards to the role of technology in the architectural processes. The design and research studio Space Popular founded in 2013 by Fredrik Hellberg together with Lara Lesmes, experiments with the physical and digital realms. The duo attended AA, where they first got introduced to the work of Gottfried Semper and his ideas about ornamented construction of surfaces, which will strongly influence the imagery of Space Popular’s designs, in addition to a particular interest for historical elements. The aesthetic that characterizes the studio is also apparent in Fredrik Hellberg’s The New Japanese Embassy diploma project. In the past seven years, the studio has developed projects at the intersection of architecture and the digital, while also interrogating the idea of style, merging different references and motifs.

Conversely, Stanislas Chaillou has dedicated his academic work to the merging of technology and architecture. His student project Metabolism(S): Flexibility in the Century is a study of technology-driven spatial flexibility based on usage of patterns at different times of the day. Chaillou’s thesis research at Harvard GSD investigating the potential of AI in space organization through a system that generates and furnishes floor plans is an example of a new generation of tools that architects could be incorporating into their practice in the near future. It will undoubtedly be interesting to see how these preoccupations will further flourish.

These diverse examples showcase the complicated but often exciting transition from architecture graduate to a practitioner and how those early years are formative for the theoretical framework of the body of work at large, as it becomes denser and more complex with experience.

This article is part of the ArchDaily Topic: Young Practices. Every month we explore a topic in-depth through articles, interviews, news, and projects. Learn more about our monthly topics. As always, at ArchDaily we welcome the contributions of our readers; if you want to submit an article or project, contact us.